We call you back in 30 minutes
Request a call

Thank you for your interest in cooperation! The manager will consider your application and will contact you as soon as possible.

We call you back in 30 minutes
get price list

Tell us what result you want to get?
And we will tell you what service you need
Get a consultation

Tell us what result you want to get?
And we will tell you what service you need
Send

The company "Artmash" thanks you for your interest!
We will contact you shortly.
ARTICLES
AND USEFUL TIPS 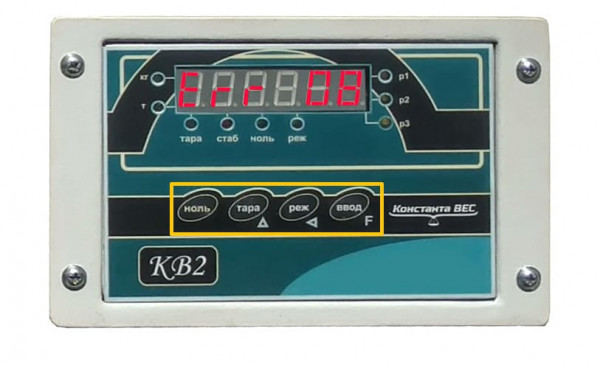 The control unit used for the dispensers of models DV-0.6 and DV-1.5 is not intuitive, therefore, it is possible to interact with it correctly only after instruction.

So that you do not have any difficulties when setting the required weight for dosing, there are no problems with dosing accuracy and its change when switching to another type of raw material, we recommend using the tips.

First you need to go to the "Settings" menu. Press once on the "Enter" button (at the bottom it is signed "F"). After that, the letter "F" and two zeros are displayed on the scoreboard.

After the command "02" is highlighted, you need to press "Enter" (F) and go to the menu.

Then press the Enter button (F) several times until the letter "d" lights up on the display.

Next to "d" you can see the specified weight in a rough approximation. The scoreboard shows that the gross weight is now set to 4.75 kg (gross weight is 5 kg).

Change in the weight of one package

For example, let's program the weighing dispenser for a total weight of 10 kg.

Press "Mode" (◁). With each click on the button, the numbers on the scoreboard move from right to left. When a 4 hits the leftmost cell, you can press Mode (◁) again and it will appear in the rightmost cell. That is, the numbers move in a circle.

Values ​​can only be changed in the rightmost column using the Tare (∆) button. Keep pressing until the desired number appears. Then you need to move the number one digit to the left with the "Mode" button (◁) and enter the next one.

Whenever an approximate weight is given, it should be 200-300g less than the exact weight. This is a reserve for the exact addition of the product during dosing. Therefore, if the dispenser is programmed for a total weight of 10 kg, you must enter 9.700 or 9.800.

Then we translate the number relative to the bottom point so that it is 009.70.

After entering the approximate weight, you must press the Enter button (F) to proceed to the next step and determine the final weight at which the weigher stops.

To do this, press "Enter" (F) several times until the letter "d" appears in the leftmost column.

Precise weight adjustment in one package

The appearance of the letter "d" means that you have entered the fine weight setting menu, after which the weigher stops.

If you see such a board, the weight of one package is set as 10 kg.

The dispenser must be configured to ignore the weight of the sensor platform and bag stand. The stand is fixed at the desired height so that the top of the container is directly under the unloading tray. For full-sized 50 kg bags, it is not necessary to use a stand, since the dimensions of the platform are calculated for it.

To reset the weight, press the Tare (∆) button.

If you remove the stand after adjustment, the dispenser will show a negative weight. In this case, you need to press the “Tare” (∆) button again to reset. In the same way, you can reset the weight of the container itself: a box, a bag made of paper or polyethylene.

The dispenser is ready to go.

The plate for falling asleep is moved by two vibrating magnets. There are two controllers (frequency converters) inside the control cabinet of the weigher. The first is for coarse dosing and the second regulator is for fine dosing.

To prevent the dispenser from pouring more, you need to turn the knob counterclockwise and reduce the pouring speed.

Additionally, it is possible to open the gate more / less, so that the granules or bulk product pour faster or slower - this is how the productivity of the dispenser is regulated.

If, for example, at the stage of rough dosage, 9,800 was poured, then you need to open the control panel and slightly turn the regulator of the fine dosage frequency converter clockwise.

So you will see when the dispenser will work quickly and accurately enough.

Restoring work after an error

If dashes appear on the display, this means that the device needs to be “zeroed”. The cause may be a surge in the mains, which led to an overload of the processor, as well as memory overflow.

To "zero" you need to open the remote control and turn off the power to the device for a few seconds, then start it again.

After starting, the dispenser display shows that there is some weight on the platform.

It is difficult to understand the pictures - watch the video. Voice acting in Ukrainian is dubbed with subtitles in Russian. If you need English or other subtitles, please write about it here or in the comments below the video.

A brief version of this manual, as well as a service manager's business card, are attached to the documents for the equipment.

If after reading the guide you still have questions, contact your personal manager, or leave a request on the site. We will investigate the issue and put you in touch with the appropriate specialist. 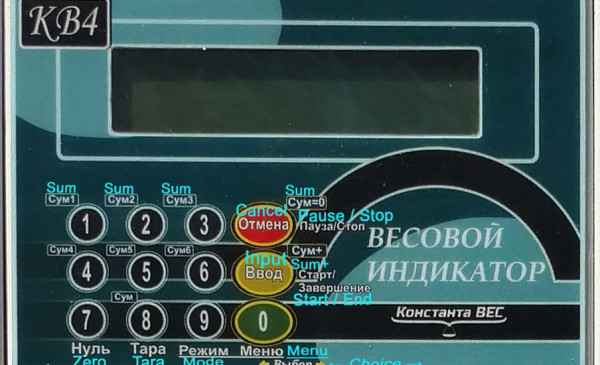 Setting weight dispenser
We demonstrate in detail the work with the control unit of the weigher. Photo and video.
Read more 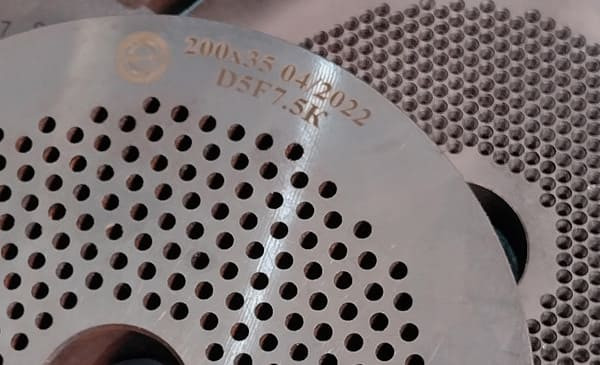 Instructions for proper use of the new die Artmash
Use of the granulator matrix: preparation for work, grinding, first and daily start, causes of wear and prohibited methods
Read more 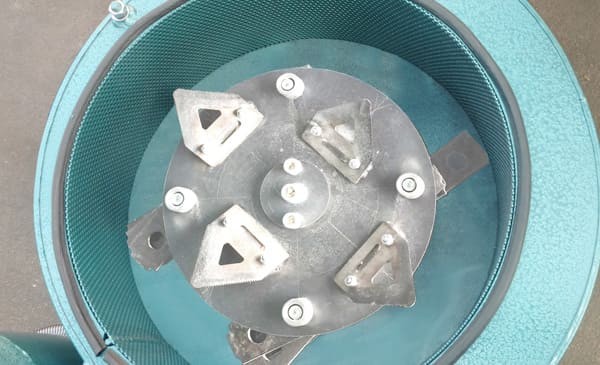 Hardox steel: features, characteristics, advantages of use
Reasons for the effectiveness of the use of abrasion-resistant steel Hardox in the products of the Artmash plant. Video of material tests and crash tests of finished products
Read more 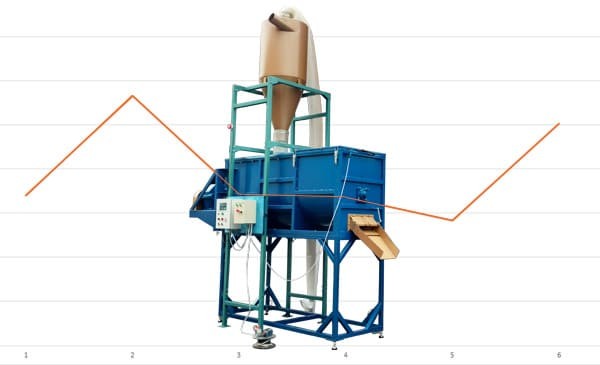 Compound feed preparation: how to ensure homogeneous mixing of premixes
Even the best mixer can produce feed that does not meet the standards of modern livestock breeders. Why it turns out this way and how to use the equipment correctly: figuring out the numbers based on research
Read more